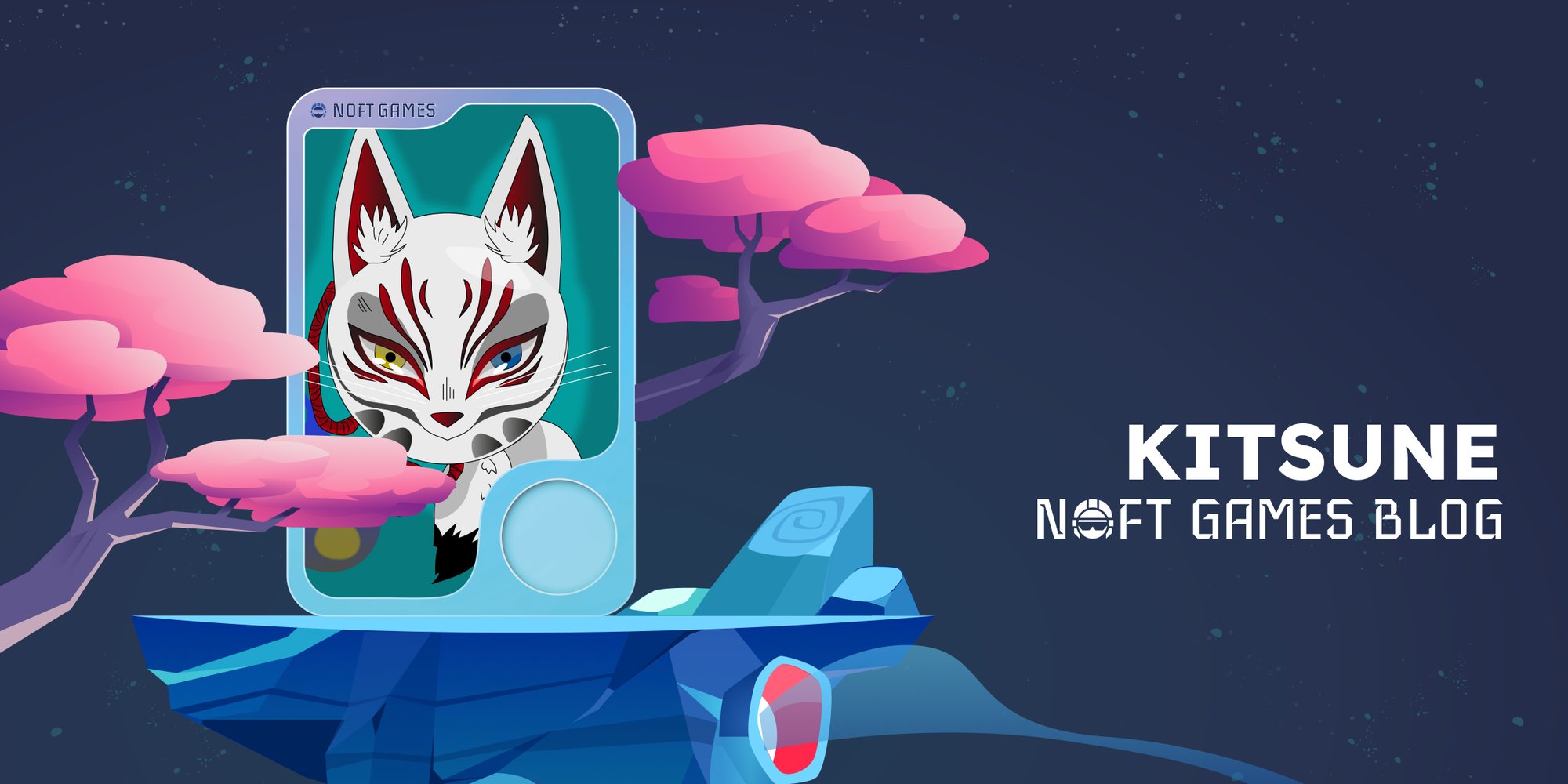 Meet Kitsune, one of our rarest Nofts, inspired by the legends of Japanese mythology. Dive deeper into Japanese folklore with us and find out how to get this exclusive Noft to your collection.

Kitsune translates to the actual animal, the fox, in Japanese. Legends of Kitsune are some of the oldest and widespread across Japan and Asian countries. Most of the Kitsune are known to serve Inari, the Japanese god of harvest and agriculture.

Kitsune can be both benevolent and malevolent, depending on the context. The foxy is definitely a trickster brethren of Tanuki.

Some fox spirits are truly adept at trickery. They run around causing havoc, freaking you out, playing pranks, and being mischievous. There are many stories of Kitsune particularly tricking or exposing selfish, oppressive people,  just dorks, in general.

There are also stories of Kitsune possessing people and making them do bad things. While in other folktales they enjoy the ability to trick humans, some of them are harmless and extremely benevolent fox spirits. They serve as patrons to the household or guardians of the realm.

Even evil foxes, though, do seem to have their own moral code. Kitsune will always keep its promises, return favors done, and remember friendships.

A large part of Kitsune lore is that the more tails they have the more powerful they are, with nine tails being the most powerful. They also have this thing called foxfire. Guess where it comes from. The tail, or tails, of course.

For the most part, they do no harm to humans. But if you offend the goddess, defile the temple or kill the relatives of the kitsune, the foxes will take revenge. Beware! Just look at these cunning eyes of our Kitsune Noft and see this fox is ready to attack.

Kitsune is widely present in pop culture. The character served as an inspiration for the Pokemon nine-tails Vulpix, Kurama in Naruto, literally known as the Nine-Tails, and one of Neil Gaiman’scharacters in The Sandman .

Though they are referred to as demons, they are really just nice and cute creatures, so make friends with our Kitsune Noft.

Finally, here is how to get one: