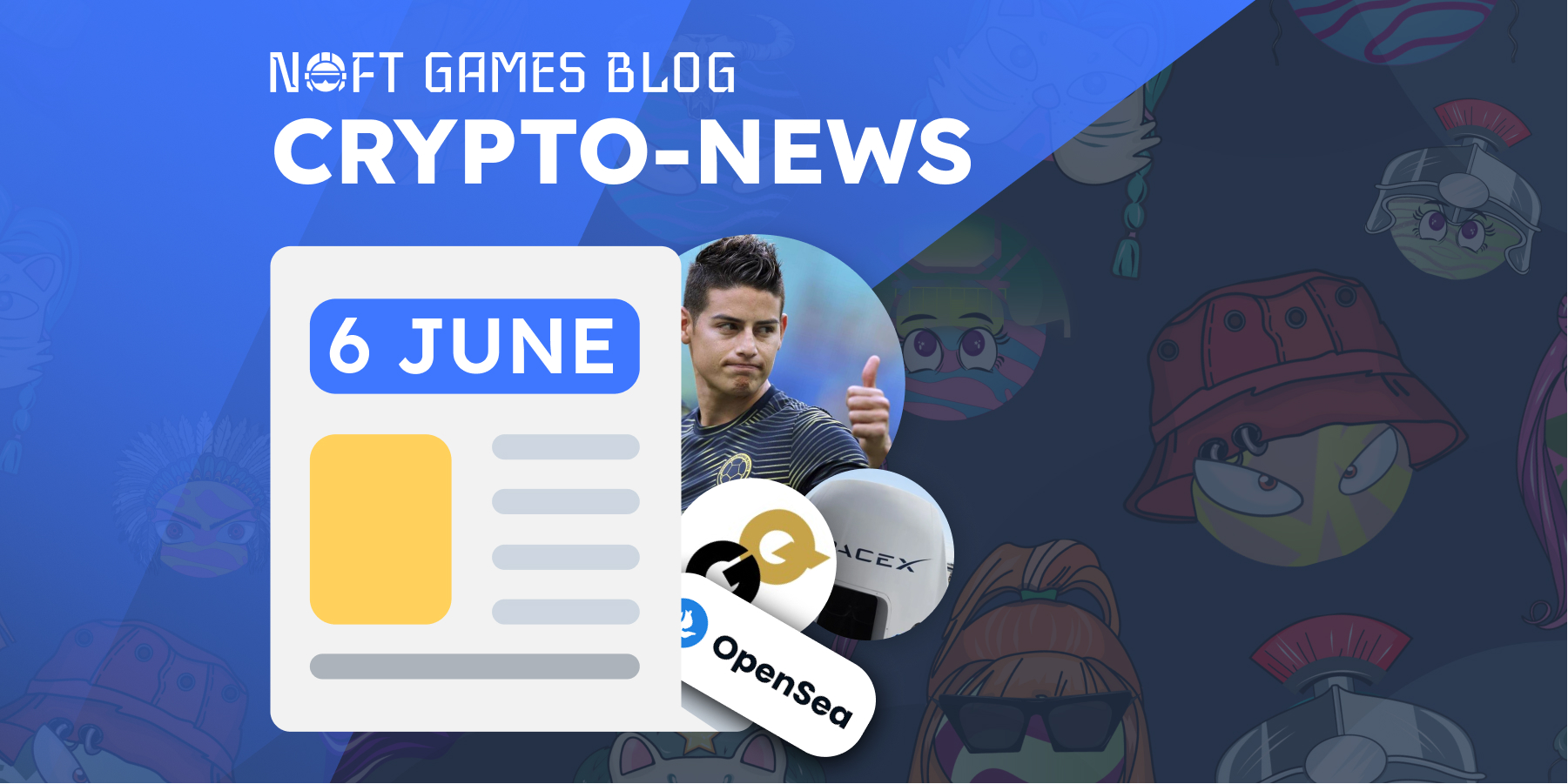 Welcome to our weekly digest, where the Noft Team is bringing you the latest news in the NFT space. Most recent tech news and surprising collaborations - all manifesting that NFTs grow to what the potential really is for them. Let’s dive in!

Heading to a Whole New Level

⭐️ OpenSea recently announced super-bullish news introducing Seaport. The newest open-source Web3 based protocol is going to allow for some really cool features on the marketplace, including:

On top of that, Seaport launched a million-dollar code review contest open to every participant.

When big crypto players like OpenSea are coming out with features like this, it is certainly going to motivate others to improve and innovate as well.

The history of changes in the Red List of Threatened Species will be now recorded in the NFTs. Additional marks will appear on corresponding items of the Animals Red List NFT collection, indicating the current degree of rarity of an actual animal. Such an upgrade is the first in the history of cryptocurrency.

The idea behind the update is to emphasize the interconnection of the real and virtual worlds and create a precedent for documenting history in an NFT form.

The module has been reported to have successfully reached orbit on May 25, riding a Falcon 9 rocket. The satellite creator, Cryptosat, is touting it as the first most trusted platform, with it being literally unreachable and unavailable for hacker attacks. The event marks the debut of blockchain technology in space.

Collaborations We Never Knew We Needed

⭐️ The Vatican is embracing the latest technology to democratize art.

The non-profit organization Humanity 2.0, acting on behalf of the Vatican government, has announced plans to open an NFT gallery this year. With the support of VR start-up Sensorium, the foundation will tokenize works of art and manuscripts owned by the Vatican and open access to them using VR technologies. The project is planned to be non-commercial and aimed solely at using the latest technology to bring art to people from all over the world.

For the record, the Vatican owns over 800 works of art, including masterpieces by Michelangelo, Raphael, Wassily Kandinsky, Vincent van Gogh, and many other artists. Kudos to the metaverse, for giving us great opportunities like this!

As part of this partnership, the former Real Madrid player will release a collection dedicated to his sports career. The set of 1500 NFTs will be launched in mid-June. All owners of rare NFTs will get merch autographed by Rodríguez and the chance to jump on a personal video call with the football star.

⭐️Binance rolled out the announcement of an upcoming partnership with The Weeknd.

The largest cryptocurrency exchange is now officially the partner of thesinger’s ‘After Hours Til Dawn’ world tour scheduled for July 2022. It is believed to be the first concert tour to ever use Web 3.0 technologies. And more, the platform will release an exclusive NFT collection and branded products for The Weeknd tour, together with the HXOUSE team.

⭐️ South Korea will become the first state in the world to officially invest in digital assets.

The plans are to invest $177 million in promising metaverse projects under the ‘Digital New Deal’ program, created to support innovative technologies.

⭐️ Netflix treats Love Death + Robots fans with newly released NFTs devoted to the show. You can either mint them for free by finding QR codes through a fun scavenger hunt activity or buy them straight from OpenSea with the floor price of 0.0027 ETH.

⭐️ Riding the wave of mass NFT adoption by big brands, Prada tokenized 100 items from the limited edition of the Timecapsule collection. Each buyer purchasing one of the shirts from the exclusive collection receives free NFT. Launched on June 2, the collection is already sold-out; the next drop is planned for July 7.

⭐️ GQ is betting big on the metaverse.

The world's leading magazine for men spilled the tea: the brand is developing a Web3 entry strategy and appears to have an extensive roadmap (that is yet to be revealed). The first step was the launch of the GQ3 Discord server. Now, the team is preparing the June/July 2022 magazine issue heavily devoted to metaverse.

⭐️ Apple might announce launching collectibles next Monday during the Worldwide Developers Conference, according to unconfirmed insider information.

Rumors were sparked by fans discovering that clicking on the Emoji characters reveals an augmented reality mode with three, allegedly, trading cards. The buzz is also triggered by Apple CEO Tim Cook having confessed earlier that the metaverse holds real potential.

⭐️ Kanye West may have plans to go NFTs. Based on rumors of him filing NFT trademark applications for the Yeezus brand, fans are now expecting official announcements.

Witnessing this wave of NFT adoption, we can fully expect Kanye to enter the metaverse as well as all the luxury brands like Apple. It seems to be only a matter of time 😉

These are all ground-breaking news in the space for today. We are obviously just getting started with NFTs going mainstream, and everyone will soon play this game. Meanwhile, try the Noft game with daily epic Noft battles and check the recent interface updates. And, of course, do not miss out on the last weeks of our massive giveaway. Stay tuned!