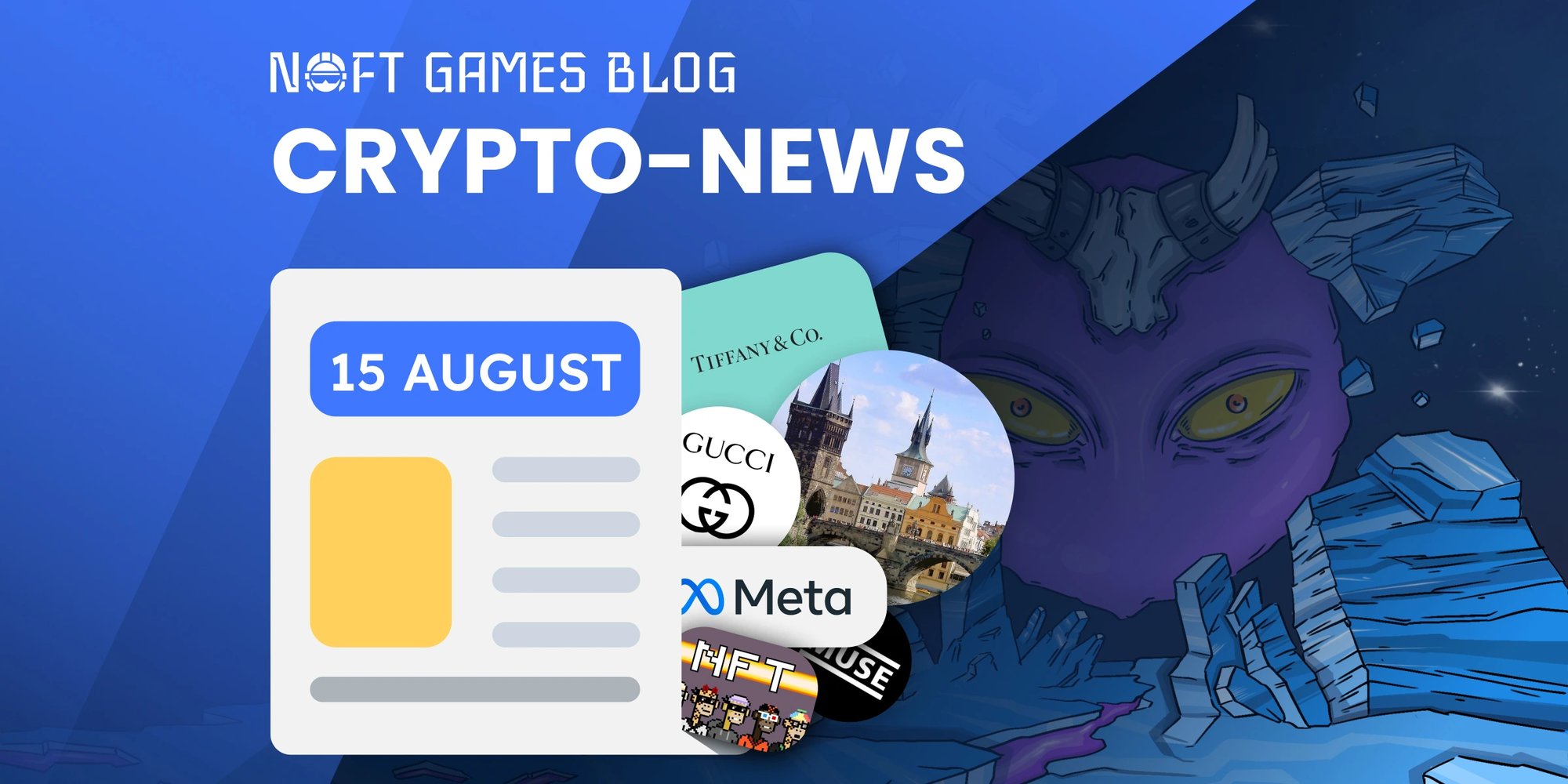 Here is the Noft Games with our regular digest to bring you the biggest news reviews of the past two weeks. A lot is happening in the industry right now, so let’s go find what's there in the NFT space that you don’t want to miss!

A Step Towards Mass Adoption

⭐️ Binance and Mastercard partner to launch a new prepaid crypto card in Argentina. For the country experiencing terrible local currency inflation, this becomes the solution to preserve local residents’ purchasing capacity. From now on, people in the country can use crypto and pay with it directly for all the essential goods.

⭐️ You can now shop for your Gucci luxury items using ApeCoin, the NFT-based project cryptocurrency. After Bitcoin, Ethereum, Litecoin, and some other currencies, ApeCoin is also accepted as a payment method at select branded boutiques throughout the USA. And this seems only a tip of an iceberg of what the Gucci x BAYC partnership may bring!

⭐️ Crypto gets involved in global trade as Iran performs transactions worth 10 million dollars using cryptocurrency for imported goods. The cryptocurrency used is not specified yet. Still, one thing is clear: the country's government is resolute toward further use of cryptocurrency for foreign trade. Now, that secures the utility and solidifies why crypto is here, that is to make better and faster payments.

⭐️ High-end jewelry brand Tiffany & Co. sold out a collection of 250 CryptoPunk Nftiffs, offered exclusively to CryptoPunk holders. Each #NFTiff, as they called it, is a 30 ETH-priced digital pass tied to a pendant that closely represents what Punk itself looks like. After a smashing success of selling out as fast as in 20 minutes, another mint is announced to come.

⭐️ To add to this hype, it was announced that CryptoPunk #3042 will be divided into thousands of pieces with the help of Unique Network. The new campaign aims to give a wider range of investors a stake in one of the most valuable NFTs by splitting ownership. This is a step forward to democratizing exclusive NFTs and increasing their affordability.

⭐️The famous British band Muse joins Web3 and prepares to release limited copies of their new album in the form of NFT.

Yet, the level Muse had taken it to is slightly different. August 26, the album Will of the People will be released via Serenade and be eligible to chart in the UK and Australia, unlike no piece of NFT music before. What is also unique is that the Seranade platform will not require users to have a crypto wallet before purchasing NFTs - they let you purchase with a credit card and then set up a wallet automatically.

⭐️ Meta is expanding the Instagram NFT showcase feature to 100 countries. Creators and collectors can now connect their wallets to Instagram and post their digital collectibles. The platform will support Ethereum, Polygon, Flow blockchains and Rainbow, Metamask, Trust Wallet, and Coinbase wallets. Is there a more perfect platform to put NFTs out there?

⭐️ The Czech Republic’s aristocratic Lobkowiz family will utilize blockchain technology to preserve their 700-year-old-legacy. The funds raised through NFT sails will hopefully help pay for the restoration of the castle and artifacts. Tons of effort and finance is needed to upkeep these precious cultural heritage. Metaverse & Blockchain came as a means of finding a financial mechanism to share history with the world and save it. What a beautiful mission!

⭐️ Crypto analytics platform Messari published a report on fundraising in H1 2022 in the crypto space. According to the document, in the first half of 2022, the cryptocurrency segment raised $30.3 billion. This figure already exceeds the last one-year amount, which is a great sign considering the bear market is still here.

⭐️  In its turn, the Bank of America confirmed in the July report that the previous month statistics give good reasons to believe that the bear market is receding. According to the report, exchange users are actively stocking up on stablecoins, which means the market will soon see an increase in cryptocurrency sales.

⭐️ Vitalik Buterin, the founder of Ethereum, is after adding more privacy and anonymity to NFTs. He comes up with the idea of ‘stealth addresses’. Currently, you can send any NFT to any ETH address and see who sent it, but this update would allow senders to mask their address to third parties. The proposal has already caused some controversies in space.

Let us know what you think: Is it a new level? Or a breach of blockchain transparency principle?

⭐️  Double Protocol is developing a new Ethereum rental standard, ERC-4907, to help NFT owners delegate the right to rent and use their NFT without intermediaries. The standard will introduce a new layer of rights - user rights - in addition to ownership rights. Meaning, the address with user rights is only allowed to utilize NFTs, but never owns them. When the lease period expires, the token automatically returns to its owner.

⭐️ Goerli testnet Merge is officially announced to be successfully implemented. This is one final step before the Ethereum mainnet transition to a proof-of-stake consensus model that is coming soon in September and is expected to finally improve the throughput of the network.

⭐️ Aave DAO has approved the launch of a new stablecoin GHO. This will be an algorithmic stablecoin that is overcollateralized, as opposed to Terra UST

⭐️ PlayStation is caught exploring NFT entry options. According to some participants of the Evolution Championship Series 2022 event, PlayStation conducted an NFT survey, in which players were asked what kind of NFT they would be willing to purchase.