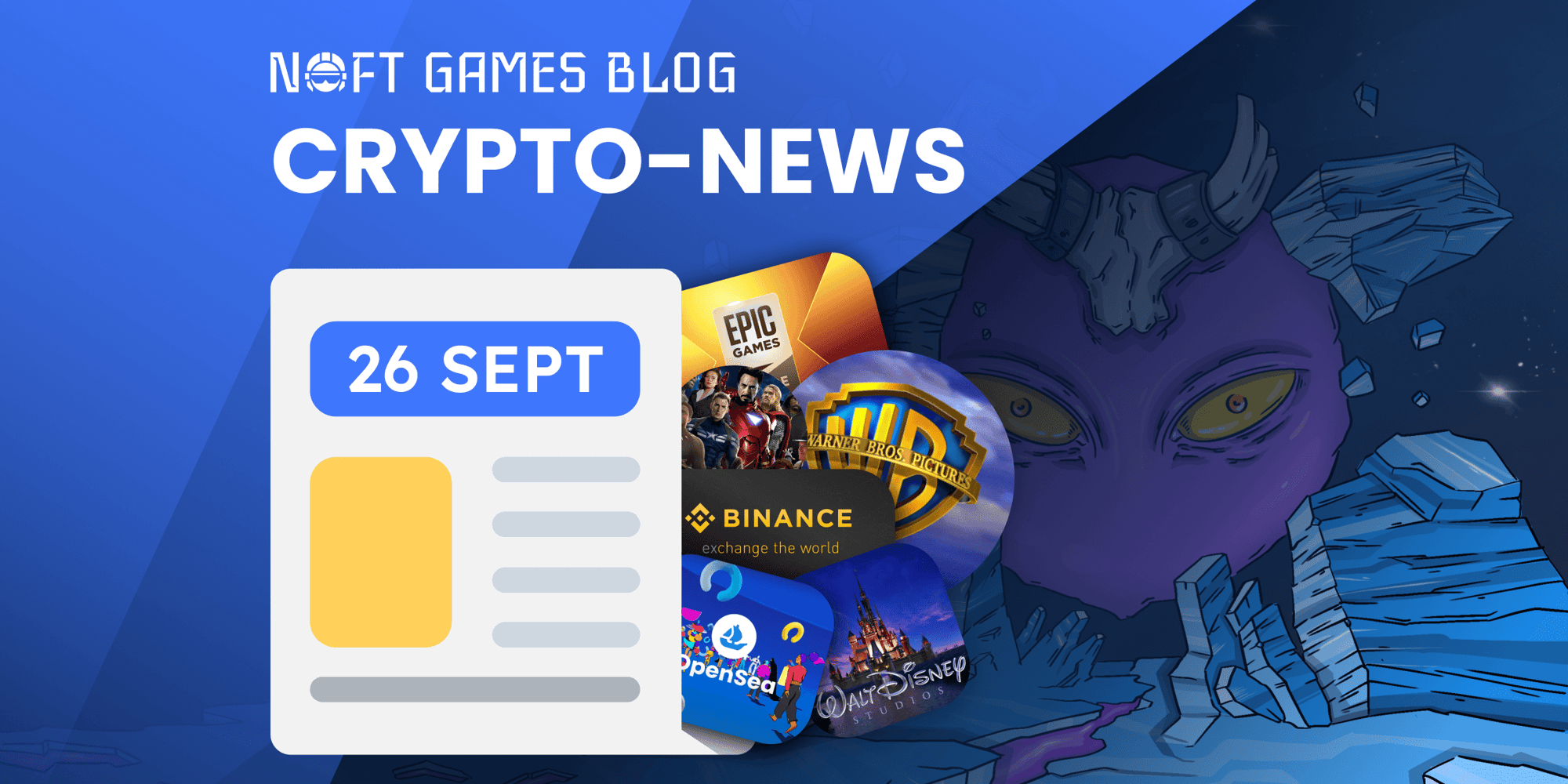 So much happened in the NFT and blockchain world in the past two weeks! Your favorite game to earn crypto, Noft Games, as always, is sharing a recap of major cryptocurrency news for mid-September.

🎉 September 20, 2022, marked itself as the First Official International #NFTDay.

How cool is that? Five years ago that day, the ERC-721 protocol was born. There were live events hosted by Dapper Labs in 15 cities across the globe, including Paris, Tokyo, and Chicago.  So grab your fellow NFT-lovers next year and join the movement!  NoftGames celebrated the event with 5k followers - our small proud family 💙

⭐️ Epic Games, the creators of Fortnite, just added the first Web3-powered game to their Store.

Blankos Block Party becomes the first ever NFT game to launch there, and it seems that is only the beginning. The respective Giveaway is live right now!

The collection features Stephen Curry, LeBron James, and six more NBA stars. The community is over the moon with nice and detailed figures, yet, wondering where all the tattoos had gone 😀 The pre-order is already live, asking $50 for each figure. Plus NFT, of course.

And even more, every physical Funko Pop! will be paired with NFT and sold at Walmart starting October 7, 2022. The collection will have 30k pieces featuring iconic DC figures. DC + NFT = isn’t that what we’ve been waiting for?

⭐️ While the crypto community is still in the midst of the Merge Hangover, Cardano Vasil Hard fork kicks off.

The extensive update happened on September 22. The fork will lower transaction fees and increase their speed. Quick prediction? That move might have a positive impact on Cardano and its ADA token as the network turned to be more developer-friendly. It may bring more dApps under Cardano hood. So, go ADA!

⭐️ Helium brings the first crypto cellular to the world.

Solana has recently announced they're building the Web3 mobile phone. Now, Helium's countermove would be HeliumMobile. Nova Labs partnered with TMobile to provide a 5G mobile phone carrier solution for as low as $5 a month. Wow, we can’t yet imagine how far that decentralized technology can go.

⭐️  Binance celebrated the licensing in Dubai with the massive light show on Burj Khalifa.

By getting the MVP license, Binance is now allowed to offer services to investors through local banks, positioning itself as a leading Web3 services provider in the UAE.

⚡️ Despite bearish sentiments flooding the crypto market, gaming and metaverse tokens blow up the space. As Decrypt informs, GODS and APE are among the ones showing strong weekly gains.

⚡️ OpenSea announced it is integrating an OpenRarity protocol to the platform to calculate the rarity of each NFT presented there. Making it now easier for you to hunt and grab new gems.

Earlier, we dropped an article on the Best Coins to buy in Autumn of 2022, including some more NFL digital collectible releases. So stay tuned to our blog and Twitter, and never miss a thing!

⭐️The next “Disney” or “Marvel” is being built on blockchain as we speak, Solana Labs Co-founder Anatoly Yakovenko declared in an interview for Decrypt.

“<NFT> is, I think, the best place to zero-to-one a brand, or a new story, or new lore for whatever—games, movies, IP, franchises, whatever you want”, he said. NFT, as a new mighty technology, has all the potential to live up to that forecast, don’t you think?

According to CZ, the crypto market’s greatest win is its worldwide adoption happening now, with a mass of dApps and projects offering tremendous utility to people.Well, we can’t agree more after witnessing all the bullish news we reviewed today!